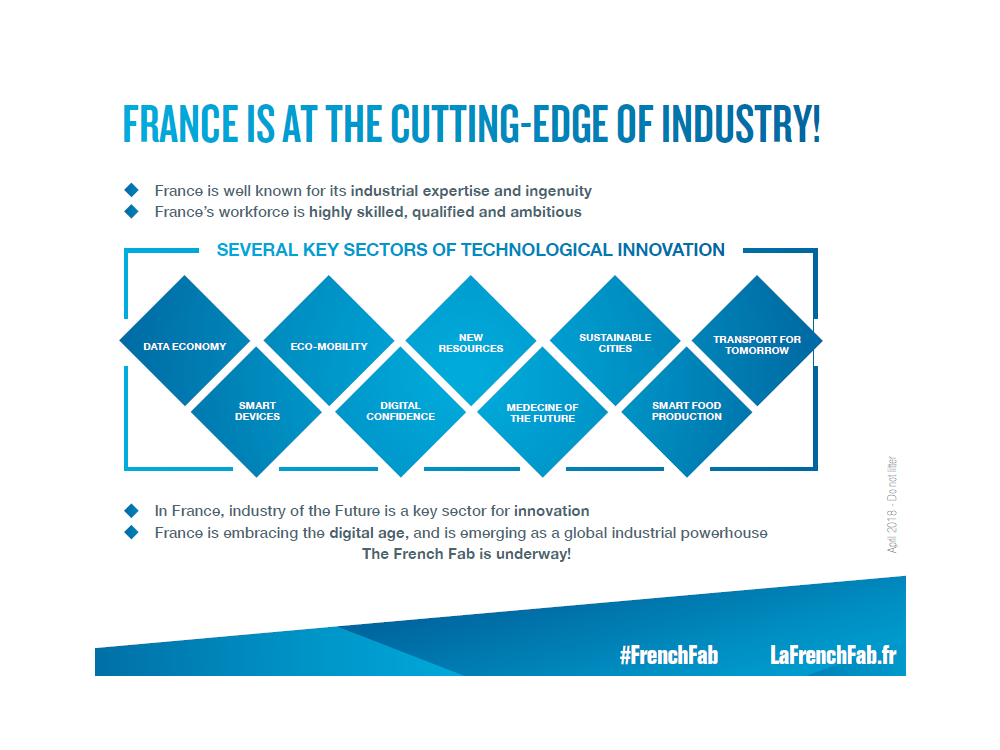 Since mid-December 2018, QUALI-cité® has joined the French Fab collective initiated by many public partners such as Bpifrance (Public Investment Bank), Business France, France industrie, Alliance industrie du futur (Alliance Industry of the future) and the regions of France.  « Thanks to our partner BPI and our commitment to promote the “made in France”, we wanted to join the collective French Fab launched by our Minister for Economy, Bruno Le Maire » explains Aurélien GOUTORBE, sales manager of QUALI-cité®.  « Our know-how and our 100% French production are part of our DNA. This approach is part of the values we uphold and reinforce the profound conviction that the quality of French products is a great asset ».

The French Fab in a nutshell…

The French Fab highlights the introduction of digital technologies in the production process and enhances the influence of the French industry beyond France, in order to reinforce its attractiveness.

QUALI-cité® commits to the French Fab

Since its creation, QUALI-cité® shares this same ambition, and also acknowledges that unity makes strength.

Based in Brittany (Morbihan), the Group is part of an ambitious initiative that aims to innovate, to modernize its manufacturing tools by using cutting-edge technologies, and to promote French excellence worldwide. In 3 years of international development, the revenue generated outside of France now accounts for more than 20% of the total. In permanent movement, QUALI-cité® is turning resolutely towards future and strives to develop the best products and services on the market.

Because there is no successful company without strong values, every decision is governed by a strict ethic, both on social and environmental levels. As member of the French Fab, the company intends to uphold its values within the collective in order to enhance the French know-how and quality.